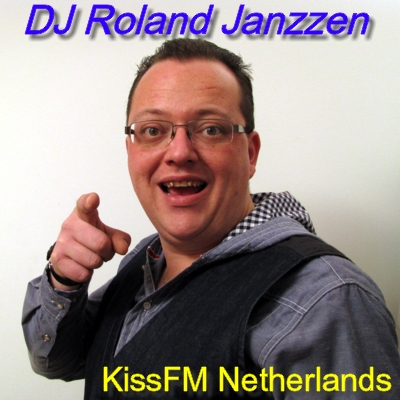 Roland Janzzen is founder of KissFM Netherlands. CEO, executive producer, manager, webmaster and... DJ! Every week you can listen to a DJ-set mixed by Roland Janzzen himself!

The name of the DJ-set's is only in the Dutch language a fun fact. Danzzen (dancing) with Janzzen, with twice the dubble Z. In English it would be 'Dancing with Janzzen', but that's not the correct joke.

Roland Janzzen starts with mixing with Atomix software and no controller at 2003. After three years he stopped with mixing. But, at the beginning of 2012, there was the oppertunity to buy a simple but effective DJ-controller, a Hercules DJ Control Instinct. That one is still in use these days! From 2012, Roland makes a deal with himself; twelve mixes a year! And that's going on still today! Every year there are at least twelve mixes avialable and we broadcast all of them at the last days of each year.

You can also listen to a new DJ-set every Saturday at KissFM.

Roland has no specific style. Sometimes he choose for a lazy chill dreamhouse mix, but sometimes it will be hardstyle techno as well. DJ-set's are mixed live and have a playtime of at least 60 minutes, most of the time it will be between 60 and 65 minutes.

You can also find a maximum of two DJ-set's on the Soundcloud account of Roland Janzzen. Because we don't use commercials, we have to pay everything by our own. The free account on Soundcloud provides a maximum of three hour, so that's the reason we cannot upload every DJ-set.

You can find Roland Janzzen on Soundcloud by visiting THIS link.